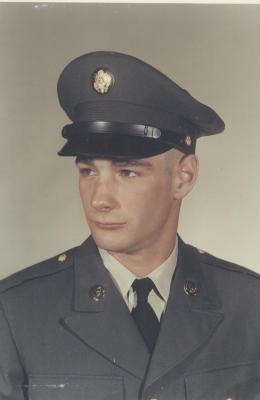 Obituary:
Jimmy Paul Weatherly born in Louisiana on May 11, 1944 to Paul Weatherly and Goldie May Braun, passed away at UC Davis burn center on May 28, 2016. He was 72 years old.
Jimmy Paul grew up in Hales Grove and Leggett California. He graduated from Leggett High School in 1962.
At the age of 14, Jimmy Paul started working in the woods as a timber faller with his stepdad Hank. He continued working in the woods until he joined the U.S. Army, where he was attached to the Engineer Corp. from 1963 - 1967 in Vietnam. Dad would always state “they would build the roads and bridges only to rebuild the next day”.
Jimmy returned from the army to work in the woods where he became a boss working for Richard Williams Logging. Some of dad's favorite things were hunting, ab diving, building fast engines and NASCAR on Sundays.
He was preceded in death by his parents Paul Weatherly and Goldie Mae Braun, stepfather Hank Braun and his brother Joseph “Glenn” Weatherly.
He is survived by his sister Jaunita "Nita" Bilvado, sons Jimmy Paul, Michael, Mark and Travis Weatherly, daughters Michelle Smith and Kimberly Pierce, 9 grandchildren, numerous nieces and nephews and his most faithful companion his dog “Buddy.”
Services will be held on Friday, June 10th 2016 at 11 AM in Ukiah at the Eversole Mortuary located on Low Gap Road.
Our family would like to thank Cal fire, Fort Bragg fire department, MCSO, Fort Bragg Ambulance, Reach Helicopter staff and a special thank you to the staff at UC Davis Burn Center for the extraordinary care of our father, grandfather, brother, uncle and friend.


To order memorial trees or send flowers to the family in memory of Weatherly, Jimmy Paul, please visit our flower store.