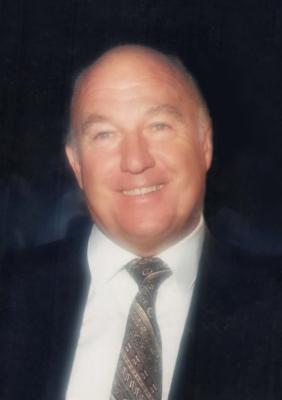 Obituary:
Donald Francis Wegner, born in 1935, and raised in Ukiah, son of Clarence “Eddie” Wegner and Clara Catherine Bold, father to Frankie and Laura and a long time resident of the Wegner Ranch at 3300 Old East Side Road, died from natural causes December 15 in Gardnerville, Nevada. Dad was a graduate of Ukiah High School in 1952 and was one of three generations of Ukiahi Wildcats. My Grandfather, Clarence graduated in 1916 and I, Laura in 1982.
Dad spent his final days at our home in Nevada, with spectacular views of the Sierra Nevada mountains that he so loved. Mallard ducks would frequently come by and frolic in the pond before him, and eagles and hawks soared in the skies. A God-sent snow storm two nights before he passed blanketed the scene beautifully.
Dad was a veteran of the Korean war, a pilot, a skier, outdoors-man, and a farmer extraordinaire. He loved farming and all the lifelong friends he met through it. He was also an avid reader who loved works as varied as Mark Twain, Ayn Rand and the Rubaiyat of Omar Khayyam. He loved poetry, mostly about nature and love. He loved the song “Bridge Over Troubled Water” and “Amazing Grace”. He loved Ronald Reagan and Abraham Lincoln. He was a devout Catholic, life member of the National Rifle Association, staunch Republican and he never let his AAA expire and was a Gold Member since 1967. He was married to my Mom, Constance Wegner and later to Doris Akerstrom Wegner.
He set a high standard for honesty, generosity, and kindness. He never forgot the sorrow over losing his only son, Frankie to a farming accident and I believe in death they are having a good time reconnecting, most likely fishing at the Narrows or perhaps at the bluffs at Pudding Creek. As an only child, Don so loved his cousins and extended family and close friends, including cousins Bob Levy and wife Thelma, John Levy and wife Linda, and Carol& Ed Jennings and Ray, Eileen and Mike, Sheila and Steve and cousin Frank, brother in law Rich Wells and his wife Alice and so many more. Friends Dick and Sharon Ruddick and Ray and Norma Bartolomei were like family. He loved life in Ukiah and the people he found in it. He also found a beautiful life in the Carson Valley where he lived out his last days.
Don was full of quips and expressions, so this obituary would not be complete, lest we close with a couple of Don-isms. Like when he didn't quite catch what you said, you might be graced with a sideways glance and a “You stepped in what?” just to clarify that he either had no idea what you meant or didn't really want to know. Or during a very normal morning while trying to roust me out of bed to go to school, he'd slightly tap on my door and whisper, “Rise and shine, sugar pine!” I think I grumbled more than I should have. He was such a gentle soul. Don was so loved and will be missed by many and by myself, everyday. He was the greatest person I have ever known or will ever know.
A private interment will be held at the Ukiah Cemetery at noon on Wednesday, December 23rd, followed by a reception at 1:00 PM at the home of Bob and Thelma Levy at 502 Walnut Avenue, Ukiah.


To order memorial trees or send flowers to the family in memory of Wegner, Donald Francis, please visit our flower store.