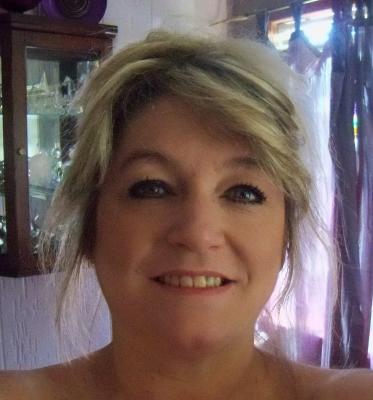 Obituary:
Jo Anna White, 47, of Ukiah, Ca. passed away on Thursday, November 17th 2016 surrounded by family.
Jo White was born in Healdsburg, Ca. on December 17th 1968. She graduated from Ukiah High School in 1987. She went on to become a Phlebotomist for the last 20 years in the Ukiah area.
For the past 24 years she has shared her life with John Rodriguez. During which they had two beautiful children, Ronnie and Jaclyn.
Jo is survived by John, her son Ronnie and daughter Jaclyn. Her parents Sharon and Michael Mitchell and David and Pam White. In-laws Robert and Debbie Ann Rodriguez and Sis and Dave Trulson. Brothers David (Kenzie) White and Dustin White (Jenny). Grandparents Don and Jacqueline Carey. Numerous Aunts, Uncles, Cousins, Nieces and Nephews.
Funeral services for Jo will be held on Tuesday, November 22nd at 10am at Eversole Mortuary.


To order memorial trees or send flowers to the family in memory of White, Jo Anna, please visit our flower store.