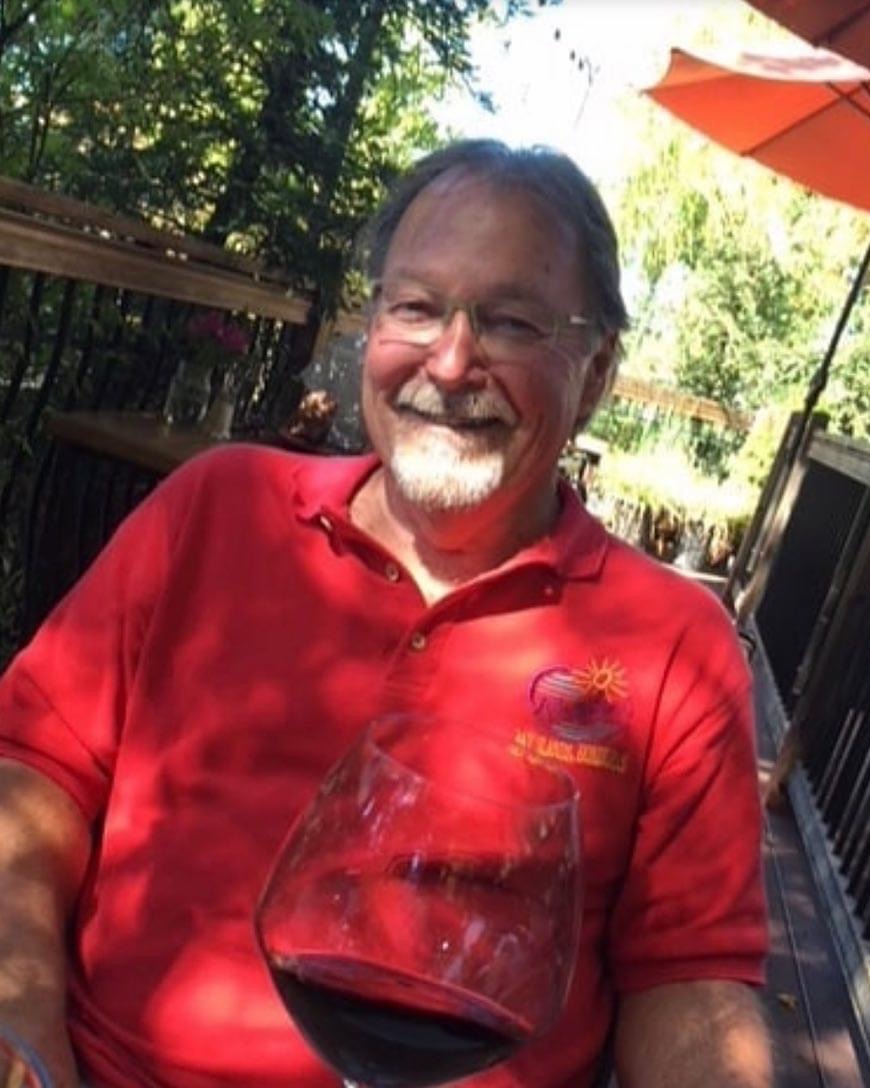 William Steve Harris passed peacefully into the presence of his Lord and Savior on October 27, 2022.  His loving wife Melody and his faithful companion Samson were at his side.

Bill was born on June 8, 1956 to Stephen and Joyce Harris in North Hollywood, California. Bill met the love of his life in church youth group at Campus Baptist Church in Fresno, California, and they were married on September 10, 1977. Bill was a proud father to his son Stephen and daughter-in-law, Daphine, a warm and loving Papa to his granddaughters Bailey and Ainsley.

Bill enjoyed a successful career in the petroleum industry, the majority of which was with Beacon Oil Company/Ultramar.  His career ultimately led he and his family to Ukiah, California. Upon his retirement Bill and his family opened Mendocino Hobbies in Ukiah and enjoyed making many new friends.  He enjoyed traveling extensively with his family and friends, camping and fishing in the woods, backpacking with his son, being a pilot, riding his motorcycle, spending time with his granddaughters and, of course, his golfing family.

To order memorial trees or send flowers to the family in memory of William "Bill" Steve Harris, please visit our flower store.