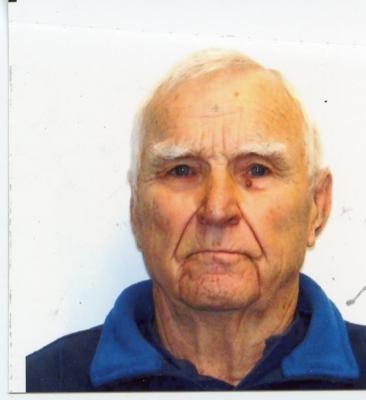 Visitation Information:
services will be on Friday, April 15 at 11:30 AM with visitation prior at Eversole Mortuary from 9AM to 11:30 AM.

Obituary:
Our beloved father and friend received his angel wings on Saturday March 26, 2022, at the age of 84. He had been living in Reno, NV since the passing of his wife in 2020. Ferdinand was born in Colorado but moved to California at an early age. He went to school in Ukiah where he graduated in 1955. Upon graduating he joined the Navy where he served for 4 years on various aircraft carriers. After his time in the Navy, he moved back to Ukiah where he got a job at Masonite and worked there as a mill wright. During his time at Masonite, he played on their softball team along with other city teams. He also coached youth little league for 13 years and city softball for both men and women. After he retired in 1999, he did volunteer work for various organizations around town (the food bank and the senior center). He also liked to hunt, fish, go backpacking and travel as he went to Mexico and Belize with friends to do mission work. He was a member of Calvary Baptist Church for several years. Ferdinand was proceeded in death by his wife Elma, his son Anthony, his brother Maynard, and many other relatives. He is survived by his daughter Melanie Beaton and her husband Stephen of Reno, his sister Leona of Yakima, Wash. And several nieces and nephews along with many friends. In lieu of flowers the family would like donations to be made to a veteran’s organization of your choice.


To order memorial trees or send flowers to the family in memory of Ferdinand Milton Wilson, please visit our flower store.