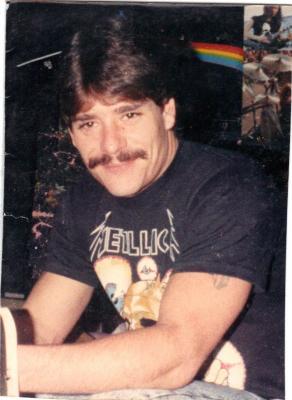 Private services will be held at a later date for Jason Michael Wilson, 46, of Willits who passed away on November 6, 2015 in Santa Rosa. Born January 3, 1969 in Gardena, California, Jason has lived in Willits for the past 9 years. He worked as a logger and will be remembered for his big heart. He was most proud of his son and daughter. Favorite quote “Mama tried, papa died.”
Jason is survived by his partner Anitra Romo of Willits, daughter Cheynia Wilson of Reno, Nevada, son Ryan Herbert Wilson of Vancouver, Washington, mother Diane Wilson of Nice, sisters Shannon Wilson of Reno, Nevada, Merriah Narvaez of Nice, brothers Adam Handy of Chico, Tony Wilson of Silver Springs, Nevada, Chad Handy of Willits, Ethan Narvaez of Ukiah, and Forrest Narvaez of Moyie Springs, Idaho. He was preceded in death by his father Michael Wilson.


To order memorial trees or send flowers to the family in memory of Wilson, Jason Michael, please visit our flower store.