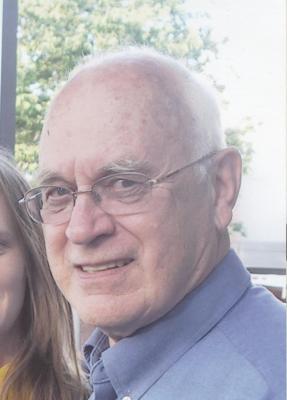 Ray was born on June 15, 1932 in Vermont. A 47-year resident of Ukiah, Ray was a local philanthropist, civic leader and business owner.

Perhaps best known in the community as “the taxman,” each spring he and his wife, Donna, prepared hundreds of tax returns for people in Ukiah and all across the United States. As a financial advisor, Ray counseled people through every major life event from birth to death. A graduate of Deerfield Academy in Mass. and Oberlin College in Ohio, Ray was a strong supporter of education. One of his great joys was to help parents send their children to college.

Ray was a long-time member of the South Ukiah Rotary Club and served on the Community Advisory Council of the Ukiah Valley Medical Center. He had also served on the Ukiah Valley School District School Board of Education and the board of Trinity School. A collector of antique cars, Ray was a member of the Ukiah Early Iron Car Club. Patrons of the arts, Ray and Donna recently donated an extensive collection of Wheatley Allen’s bronze bird sculptures to the Mendocino Arts Center.

Ray cherished the role of patriarch to a large extended family. He loved his children unconditionally and adored his 13 grandchildren and four great-grandchildren.

To order memorial trees or send flowers to the family in memory of Worster Jr., Raymond George, please visit our flower store.