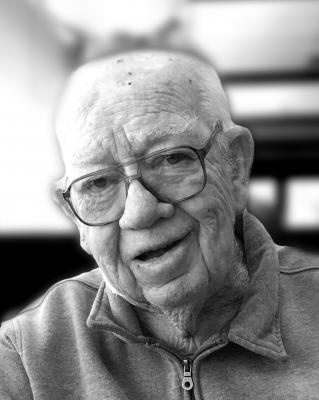 Dwayne was born to Fred & Verba Wright in Canton, Texas on Dec. 28, 1928. Just over 90 years later, he entered his final rest on March 7, 2019, surrounded by his family. But, the real story lies between those two dates!

He spent his childhood on a farm in Texas where he earned his nickname, Red, due to his red hair and feisty personality. When Red was 13, his family moved to California. He graduated from Fallbrook High in 1948, lettering in multiple sports. Red was the first in his family to attend college. His college days at Humboldt State were interrupted by military service. Upon his return to Humboldt, he met and fell in love with his future wife, Nelcyne Smith. Red graduated with a teaching credential. Red and Nelcyne were married in Ukiah on July 17, 1955 and enjoyed a long and happy 63 years together.

Upon graduation Red accepted a teaching job at Pomolita Junior High where he worked for 31 years. He taught PE and math and mentored hundreds of students spanning several generations. In addition to his classroom work, Red coached basketball and refereed numerous sports.

Red also contributed to his community as a member of the Parks & Recreation committee, the Masonic Lodge, Jobs Daughters, and Pomo Shrine Club. For many local residents, he is remembered for the beautiful gladiolus which he grew and shared generously.

Red’s family is extremely grateful for the outstanding care he received in the last 3 years at Cloverdale Healthcare Center. Anyone wishing to honor Red’s life may send a donation to:

A private, family internment will take place soon. A Celebration of Life will be held on Thursday March 21, 2019 at the Ridgewood Masonic Lodge (205 W.Perkins Street), 1 pm. If you are unable to attend and wish to submit a favorite story about Red for a Memory Book, please email it to: verbalou@comcast.net.


To order memorial trees or send flowers to the family in memory of Wright, Dwayne "Red", please visit our flower store.