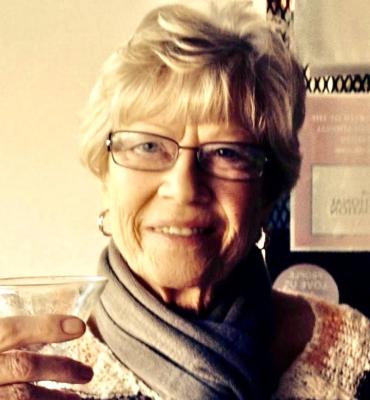 Obituary:
JoAnn Dorothy Wright, who was also known as “Nana” by her grandchildren, was born to J.B. and Dorothy Mitchell in Atoka, Oklahoma in 1936 and a resident of Ukiah California since 1945. She attended Yokayo Elementary and graduated from Ukiah Highschool in 1954. JoAnn worked at the Fawn Cafeteria during summer break and every weekend during high school. After graduation she attended Heald’s Business College in San Francisco. She married her high school sweetheart Gary Miller, in 1955. He was in the restaurant business with his parents, El’n Lu’s Roost where she assisted. She and Gary had three children, Terri Vagt, Brian Miller and Stu Miller. JoAnn had several jobs until she started working for the State of California with the State Hospital in Talmage. When the hospital closed, she had transferred to Quincy, California with CalTrans and after ten years she retired from CalTrans and moved back to Ukiah and retired in 1997. JoAnn is predeceased by her parents and her daughter Terri Vagt. She is survived by her two sons Brian (Laura) Miller, Stuart (Kathleen) Miller. Six grandchildren, Nathan (Jenny) Vagt, Megan (Colby) Barron, Gary Miller, Natalie (Brian) Ulyatt, Greg Miller, Madeline Miller and 9 great grandchildren.

To order memorial trees or send flowers to the family in memory of Wright, JoAnn Dorothy, please visit our flower store.